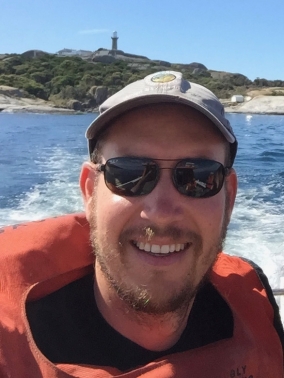 I am a behavioural and sensory ecologist. I’m particularly interested in Conservation Behaviour and how animal behaviour can be used to solve problems in conservation biology. My research interests include the evolution of animal cognition and how animals use multiple sensory systems for foraging, communication and recognition in complex and changing environments.

I lead the Conservation Behaviour Lab in the Taronga Institute of Science and Learning at the Taronga Conservation Society. I am also a research fellow in the Department of Biological Sciences at Macquarie University.

I have a broad range of research projects and collaborations that span fundamental behavioural ecology through to applied conservation biology. I work in both terrestrial and marine ecosystems, with both in situ and ex situ populations and with a diverse range of taxa including mammals and birds.

I completed my honours degree at the Australian National University in Canberra, followed by my PhD as a cotutelle student enrolled at both Macquarie University in Sydney and Universite Paris Sud in France. I then moved to Queen Mary University of London where was a postdoctoral fellow funded by the Fyssen Foundation.

While at the ANU I worked with Rob Magrath on his long-term white-browed scrubwren project where I studied in territorial interactions and individual recognition, as well as parent-nestling communication. I also worked with Rob investigating inter-specific recognition of alarm calls in the Meliphagoidea group of Australian birds. 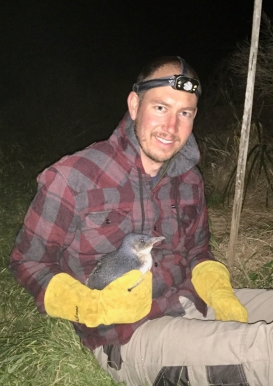 My honours degree at the ANU was supervised by Rob Magrath. I studied the contact calls of the white-browed scrubwren (Sericornis frontalis), a small cooperatively breeding territorial passerine. I was particularly interested in their role in territorial interactions and individual recognition.

My time at ANU with the Magrath Lab got me very interested in recognition. This led me to an interest in social animals where recognition can be very difficult but also very important. Of particular interest to me is how information is conveyed and how signals are adapted to their specific tasks and the environment through which they are broadcast.

My PhD studies investigated mother-offspring recognition in Australian sea lions (Neophoca cinerea). For this project I was jointly supervised by Rob Harcourt at Macquarie University, Isabelle Charrier and Thierry Aubin at Universite Paris Sud. The project aimed to investigate how multiple sensory systems are used during individual recognition in Australian sea lions. I found that the sea lions have a finely adapted vocal communication system, but that olfactory cues are used to confirm an individual’s identity. This project was conducted completely on wild sea lions and so involved many months living in seal and penguin colonies on islands off the coast of southern Australia.

Staying with signal evolution, my first postdoc was looking at the sexually selected vocalisations of fallow deer (Dama dama) based at Queen Mary University of London. The project aimed to examine the roles of male fallow deer groans in individual recognition, the assessment of rivals and honest signalling during intrasexual competition. While in London I also worked cognition and recognition in goats and sound symbolism in human language.

Disclaimer: The views and opinions expressed in this website are solely my own and do not express the views or opinions of my employer(s)